Guests enjoyed a cocktail and social hour upon arrival. Guests received a 75 year history book, custom ROPs tube with 75 year anniversary logo and a bag of candy from Kentucky, Indiana, Pennsylvania and Austria where all guests collectively represented.

The coffee table style history book is 500 pages and in the form of a mixed media book. It includes the first 50 years book originally published in 1997, newsletters, articles, photos and several other archives to date.

When the ballroom doors opened, guests were served dinner. 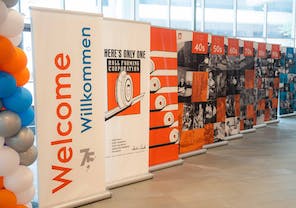 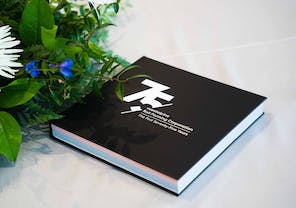 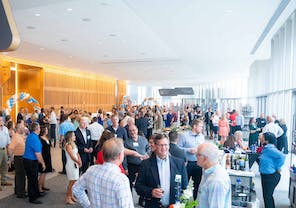 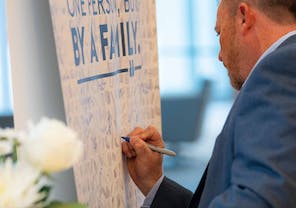 The program for the evening was hosted by third generation RFC employee and Marketing & Brand Manager, Kim Bentley, and 25 year RFC employee and Senior Software Engineer, Keenan Suter. Mrs. Bentley’s grandfather started working at RFC in the 1950’s and therefore decided to dress of the era with a few wardrobe changes reflecting the company’s brand colors over its 75 year history.

Mrs. Bentley and Mr. Suter recognized achievements in the room with families who have served RFC over second and third generations; the longest being 131 years collectively for one family, along with employees and retirees who served the company more than 40 years; the longest being 50 years.

Dr. Peter Schwab provided a speech communicating his pleasure of celebrating with RFC on a special night:

“This company emits the spirit of innovation and commitment to success everywhere. We, the board of Metal Forming Division, are very proud that you are part of the voestalpine family. RFC has a great history and an even brighter future. Let’s form the next 75 years together.”

The history of the company with the founding Brooks Family, in which sold RFC to voestalpine AG in 2000, was told through video storytelling. 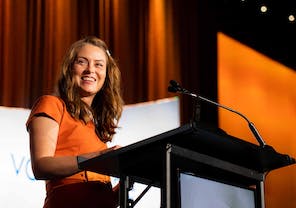 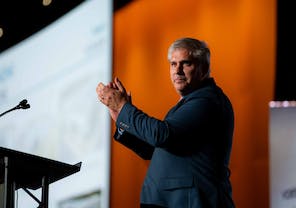 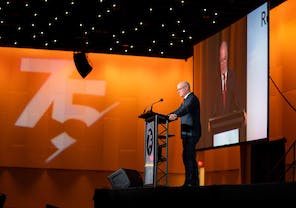 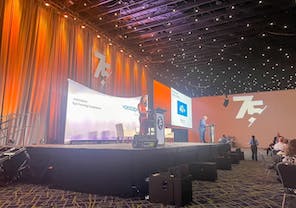 There have been 5 President and CEO’s in RFC’s history. Four of those CEO’s were in attendance at the event and entertained the audience with a live interview session.

Barlow Brooks, Jr. spoke about his early childhood memories of when his father first started RFC, the differences between his and his father’s leadership styles, and the acquisition of voestalpine AG.

Günther Felderer​ spoke candidly about why voestalpine AG was interested in RFC and had the crowd laughing about his hunting experiences and happy memories of living in Kentucky.

Ray Leathers spoke about how it is people, voestalpine AG’s support and technologies along with RFC’s continuous improvement culture that has directly impacted the 75 years of success.

Kevin Dierking explained what he has learned from each CEO and has put in his leadership tool kit, what his priorities were coming in as CEO and the future of RFC. 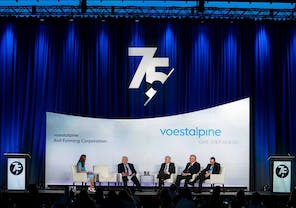 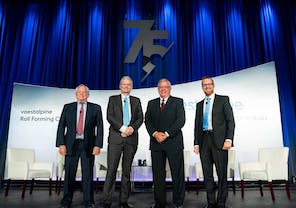 RFC CEO Kevin Dierking then made a special announcement of the recent purchase of 12 acres of property adjacent to the corporate headquarters in Shelbyville, Kentucky with future plans to build a new manufacturing facility.

Mr. Dierking also brought the Brooks Family up on stage to unveil the name of this new facility; Brooks Hall. Brothers Barlow Jr. and Bill Brooks were presented with crystal keys and a plaque with inscription in which Mr. Dierking read aloud; a portion of it as follows:

“… In its 75 year history, RFC has embraced the pride of generations… faced the business challenges of the day… and prepared itself for tomorrow. RFC was not built by one person, but by a family: The Brooks Family. Thank you Brooks Family for opening the door.” 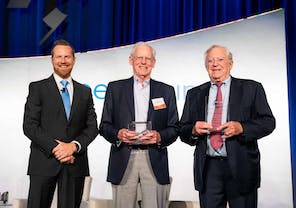 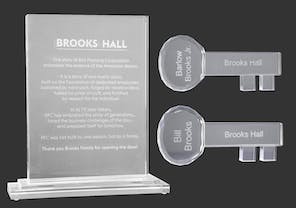 Director of Engineering and Aerospace, Matt Work, and Director of HR, Stephanie Stinson, then presented RFC’s annual peer-nominated Culture Award winners recognizing employees who best demonstrate RFC’s five core values: Customer Success Is Our Success, We Care, Own It!, Embrace the Challenge and Winning Together Through STEPS. The winners were announced on stage:

As the hosts closed out the program, guests were invited to stay for dancing. 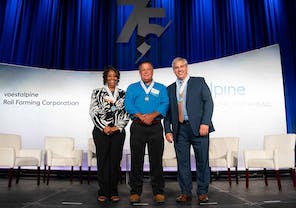 Roll Forming Corporation was established in 1947 with 1 location, 1 roll line and 3 employees. Fast forward to 2022, the company has 7 locations, 100+ roll lines and adjacent technologies and processes combined and 440 employees.

Today, voestalpine Roll Forming Corporation has seven production facilities across three states with five facilities and headquarters located in Shelby County, Kentucky and one facility each in Pennsylvania and Indiana.​ 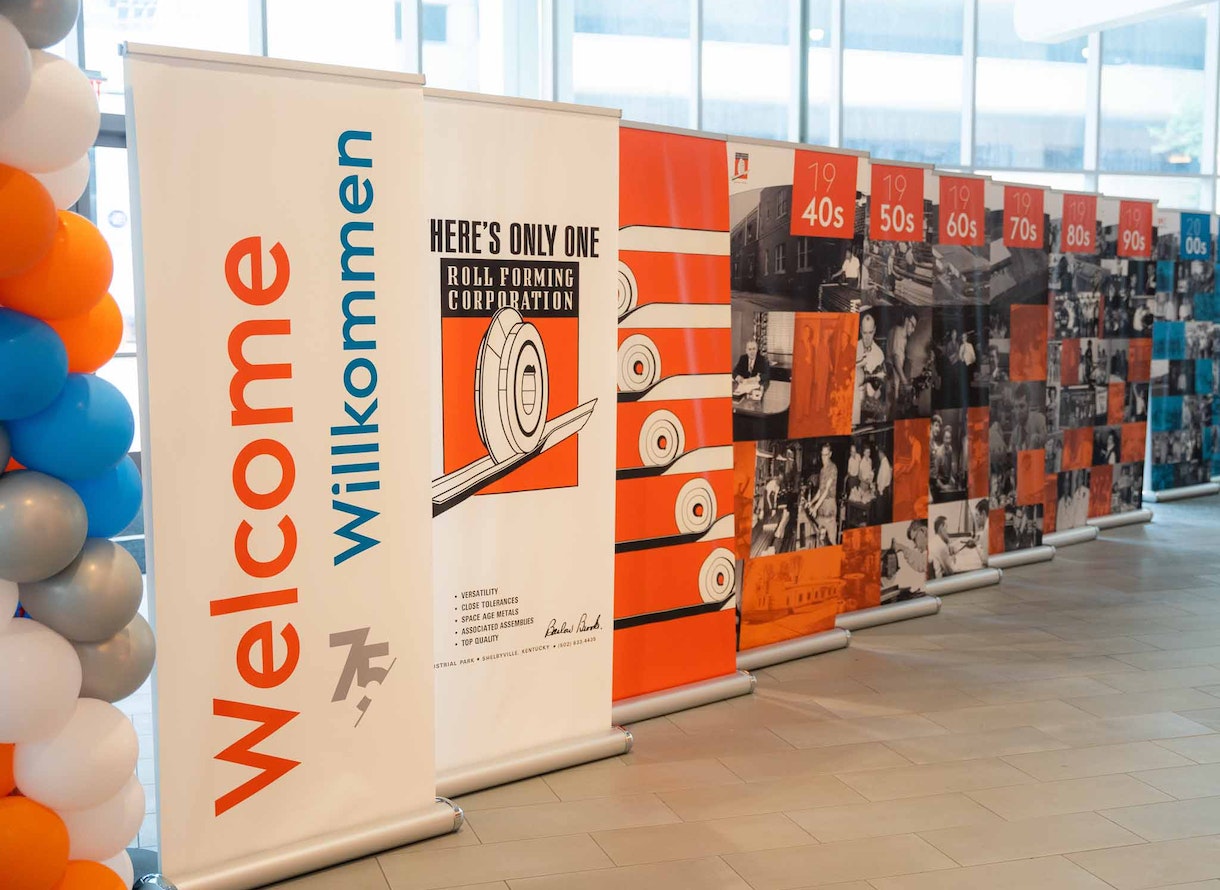 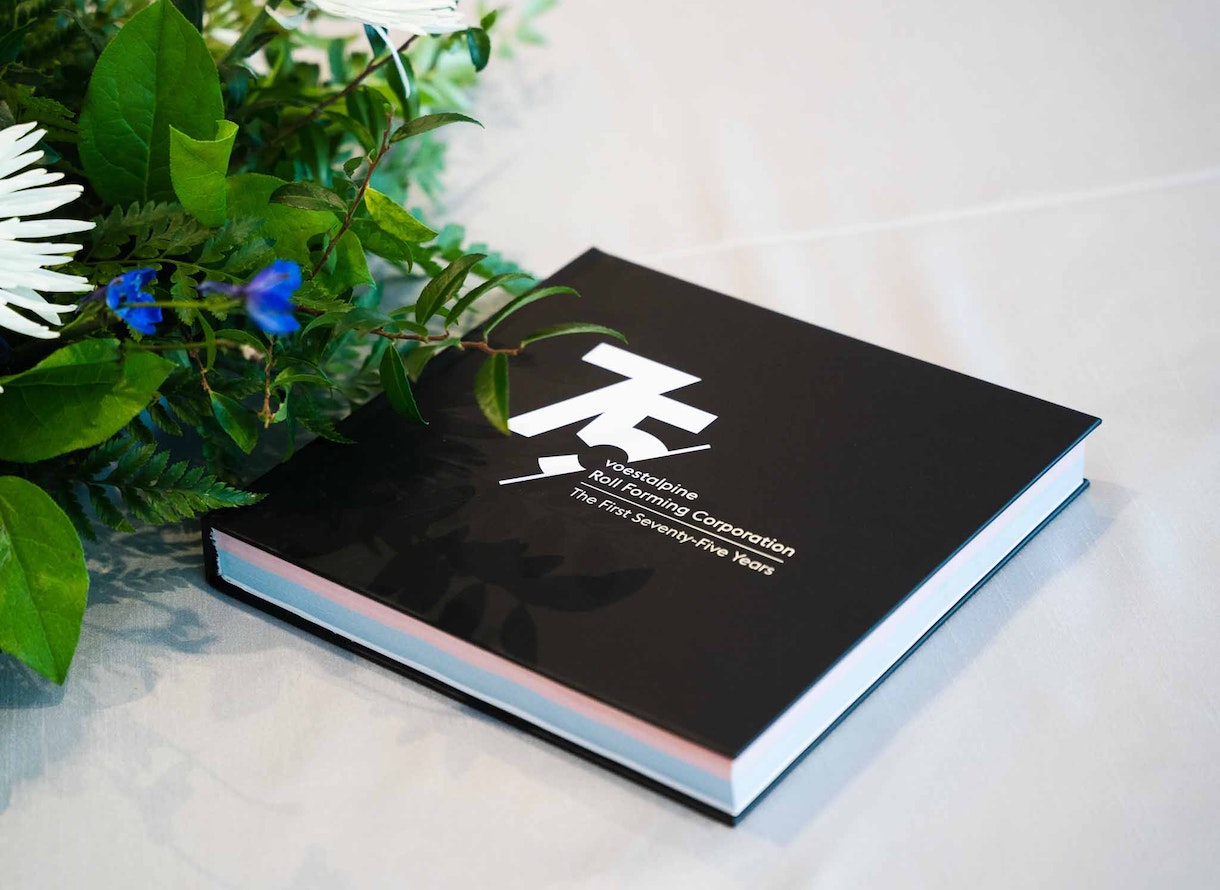 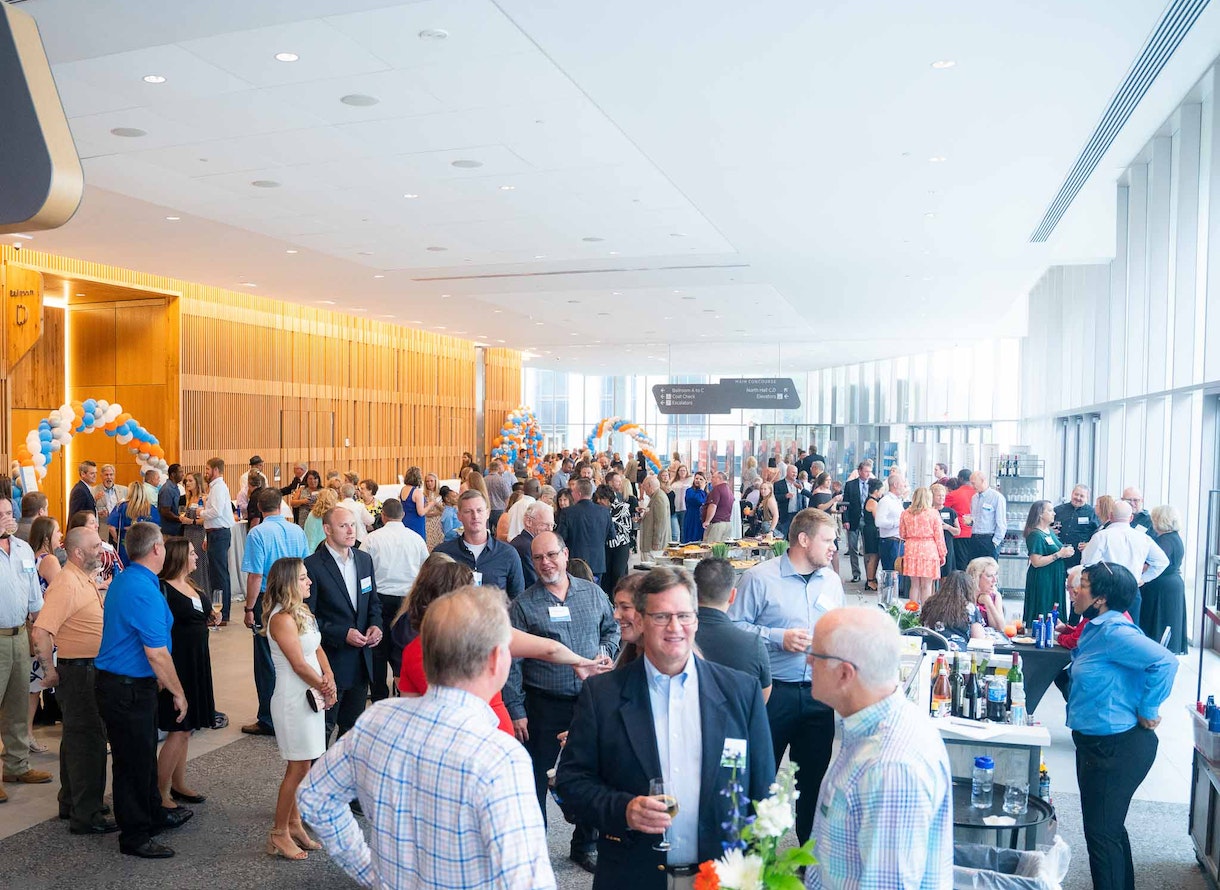 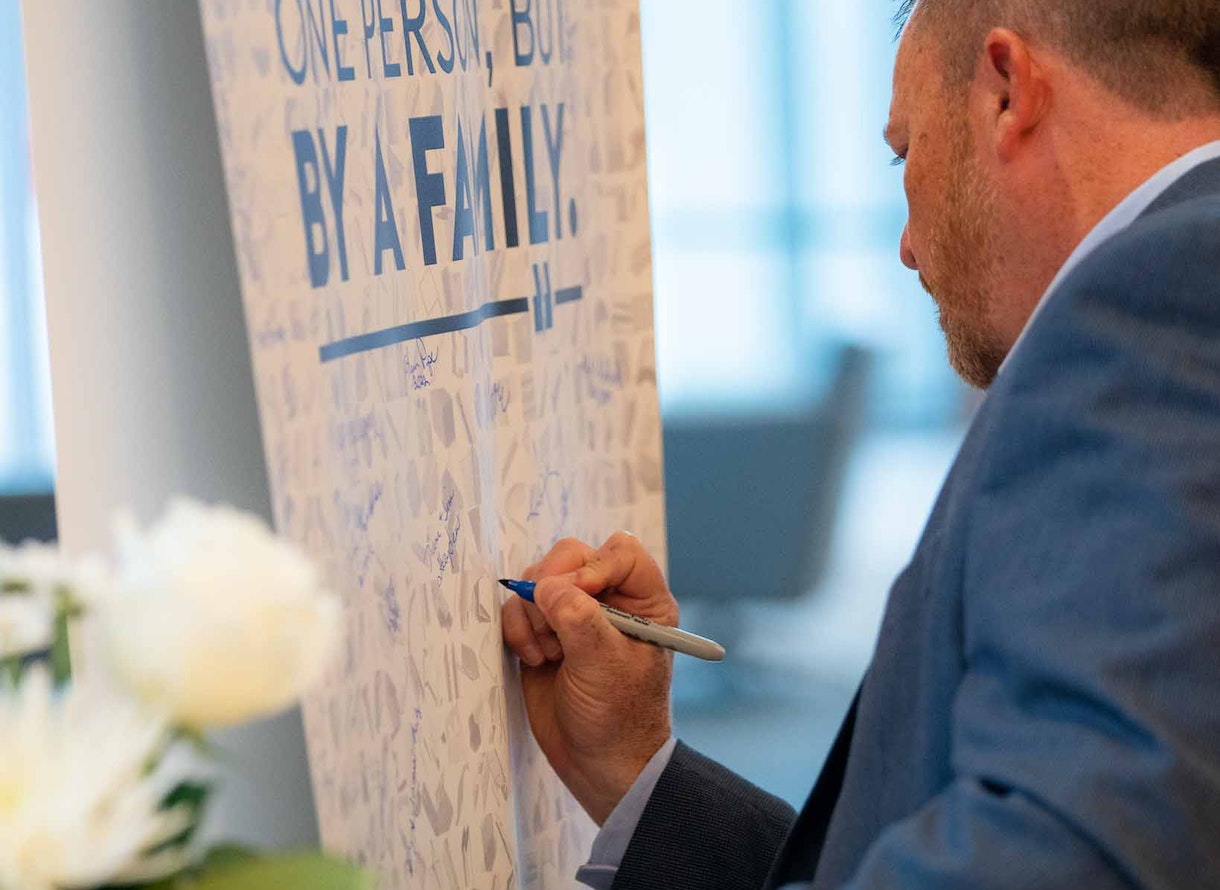 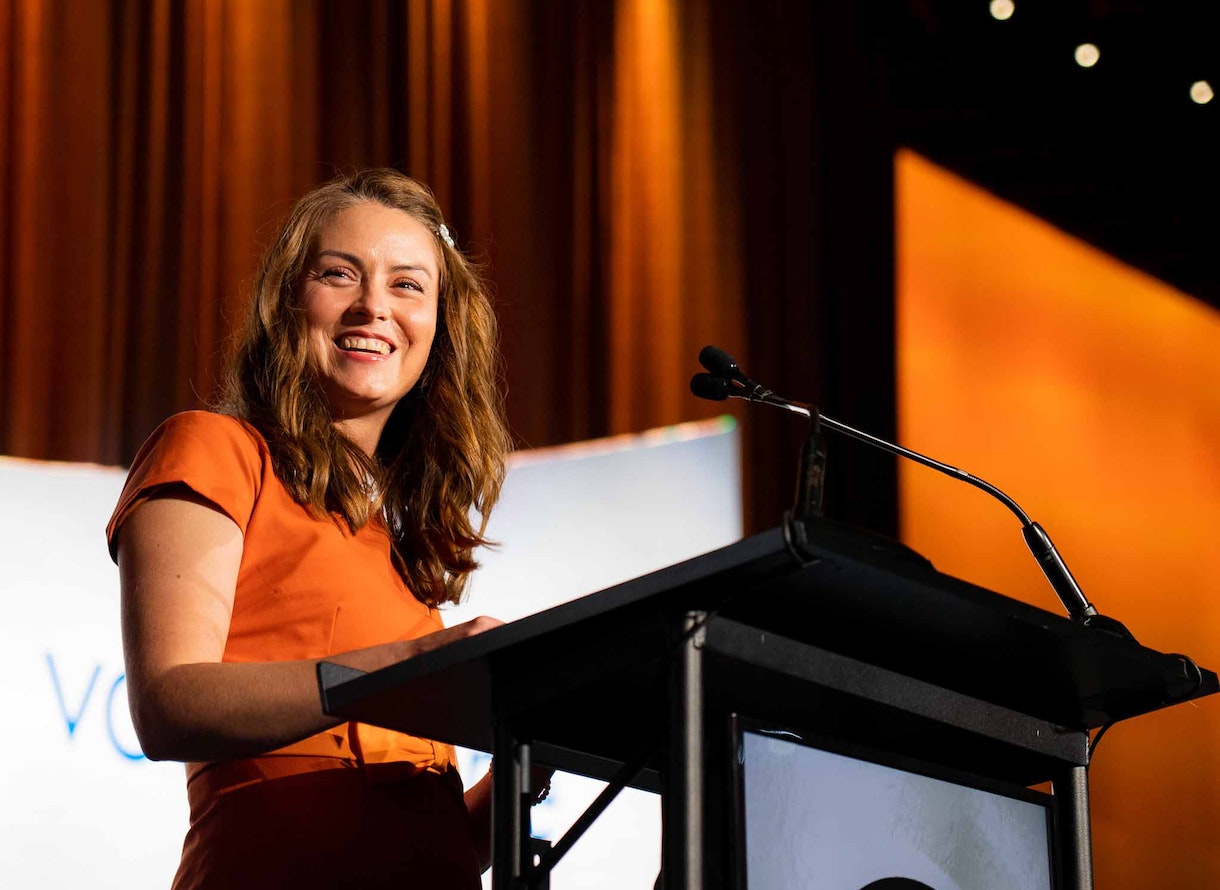 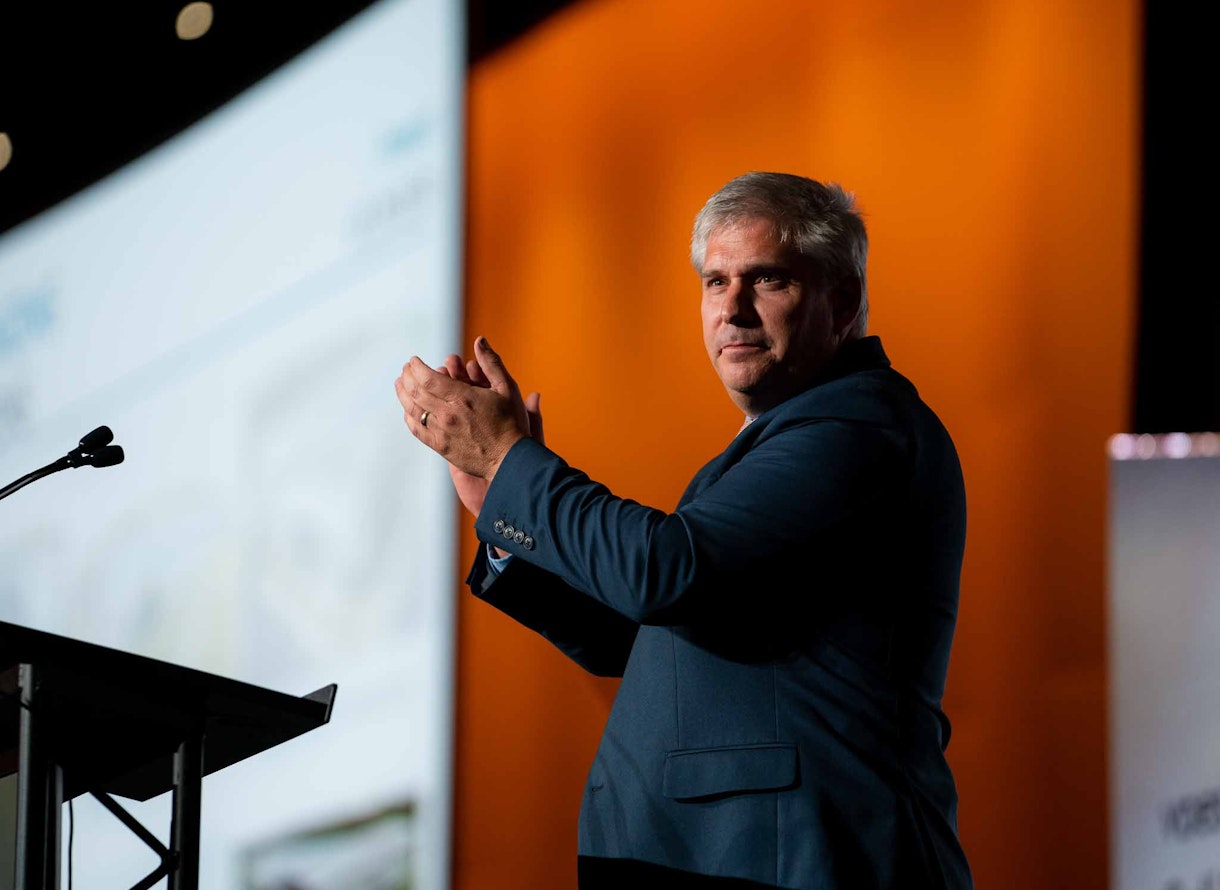 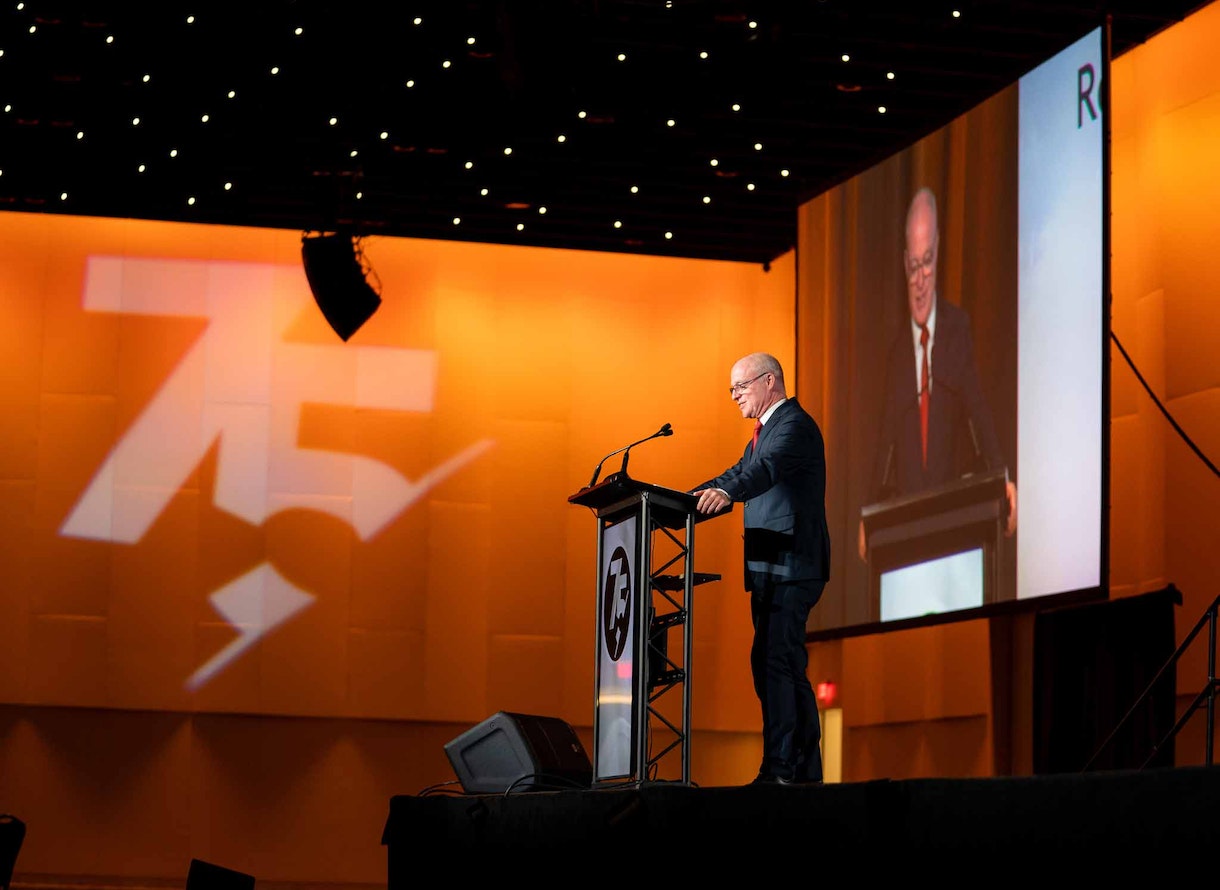 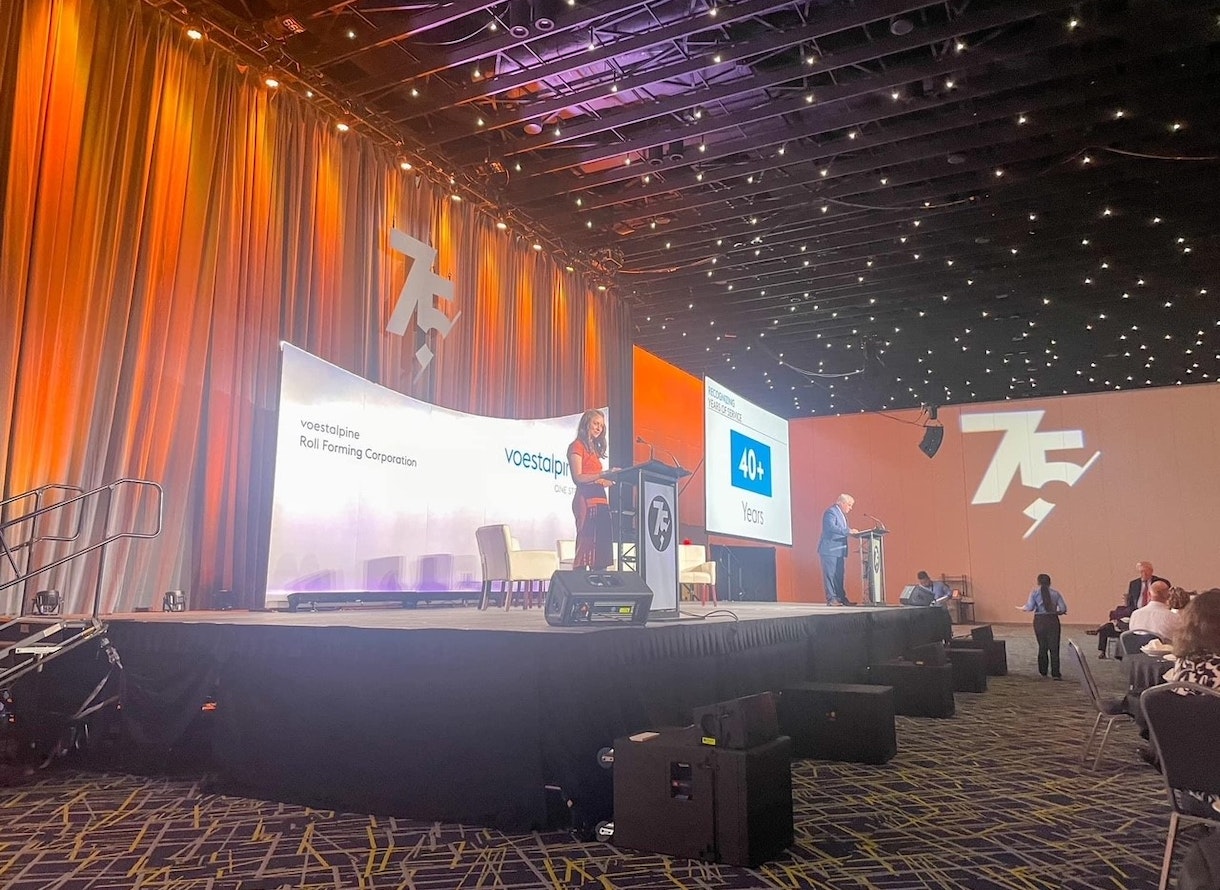 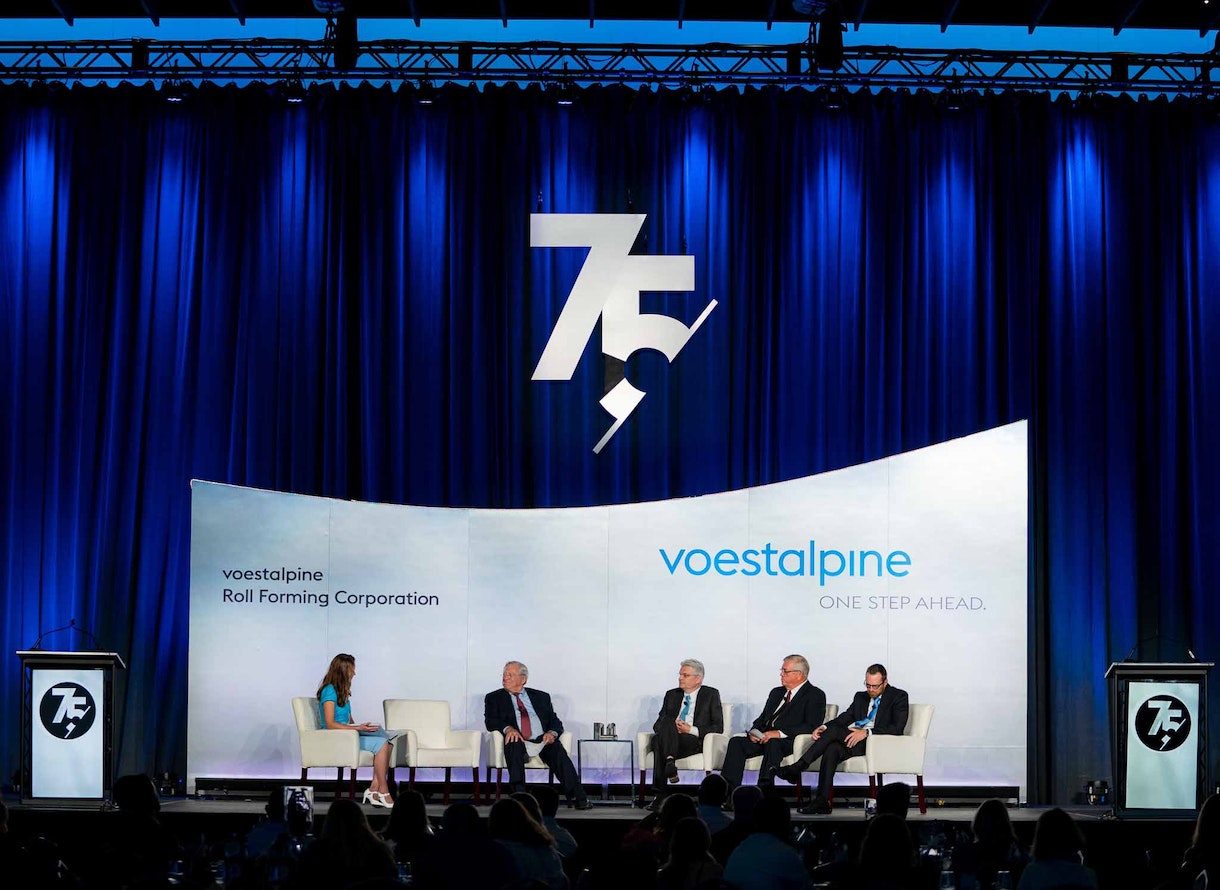 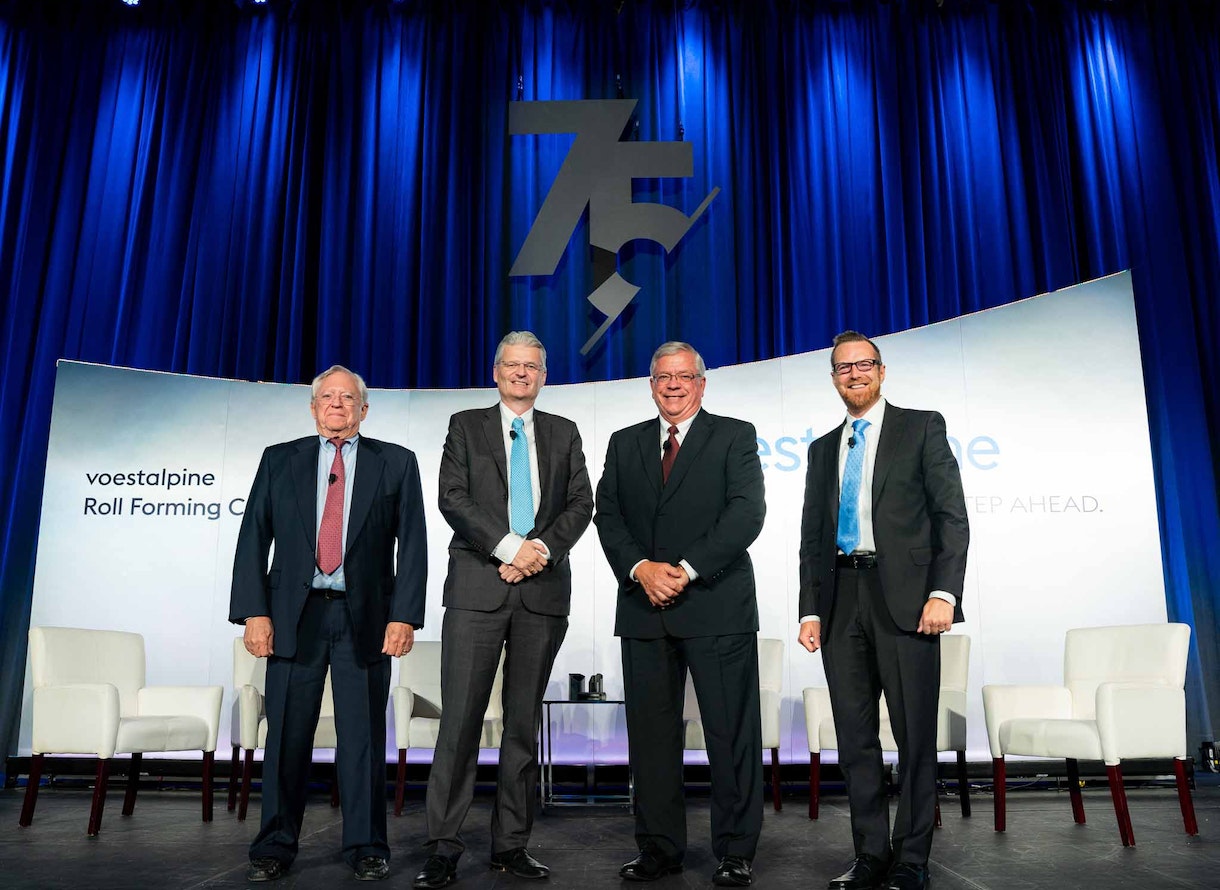 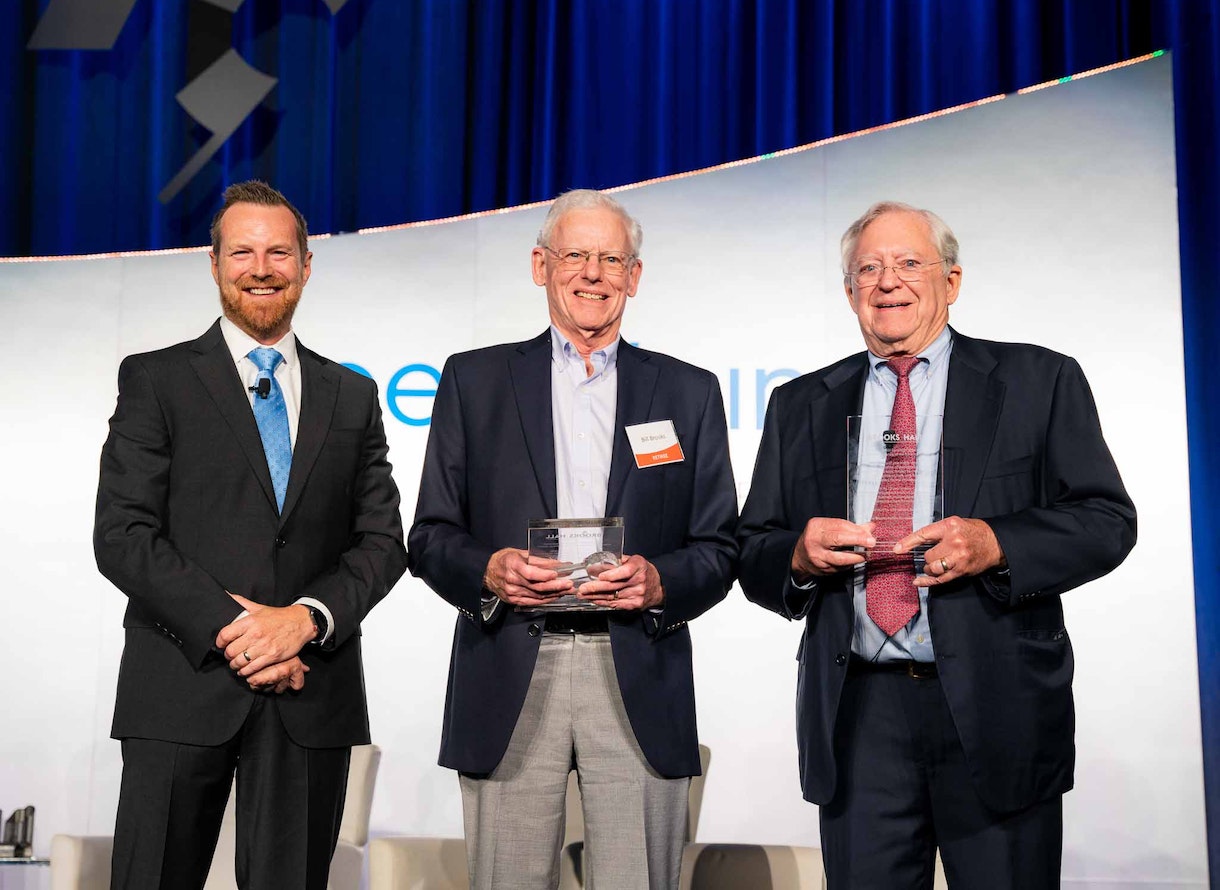 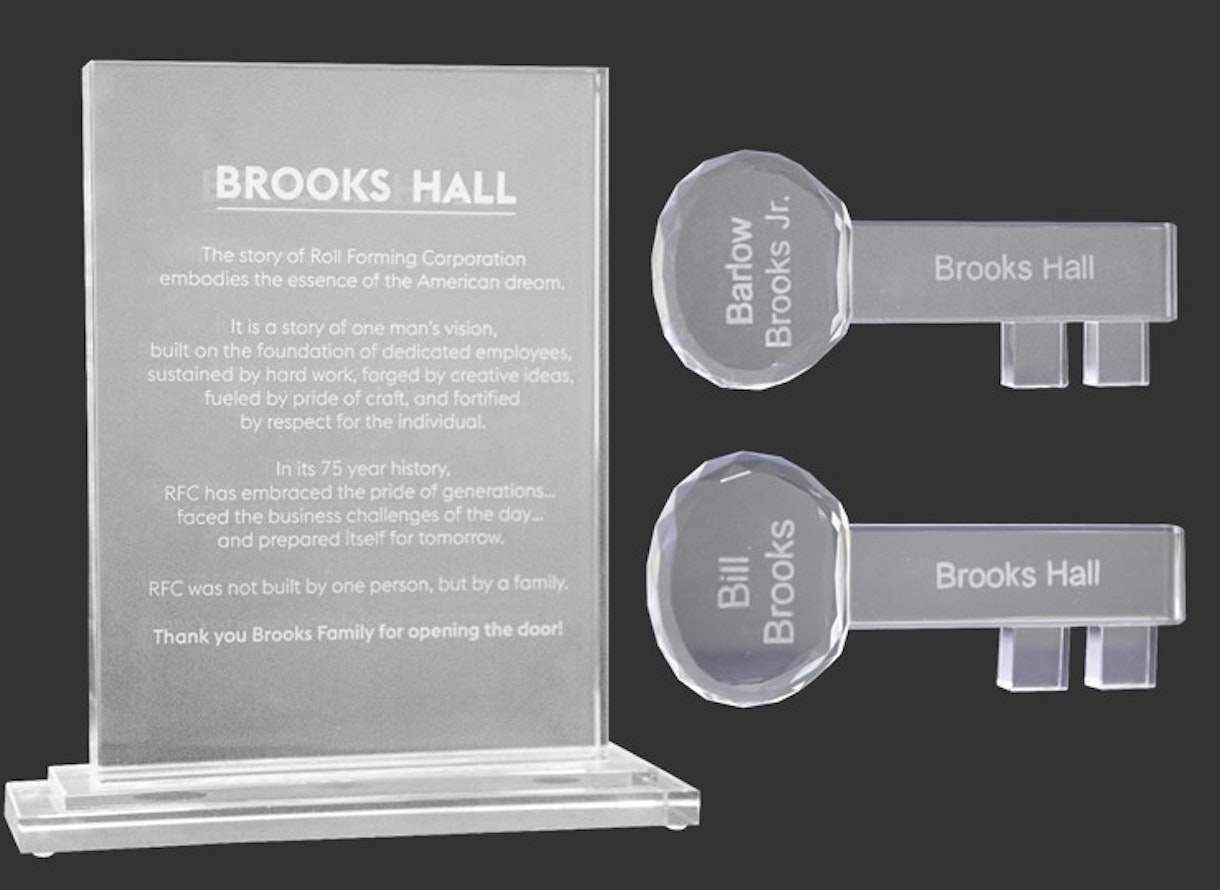 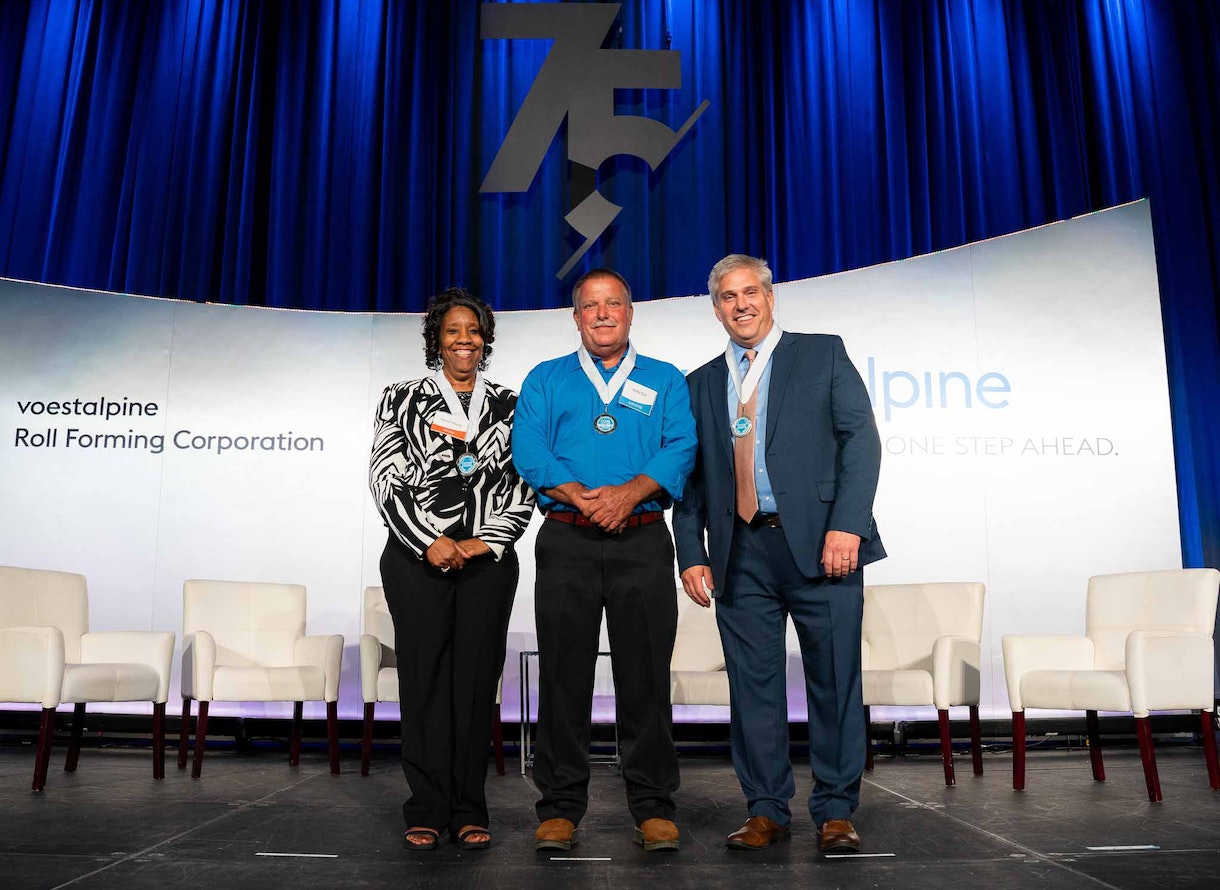